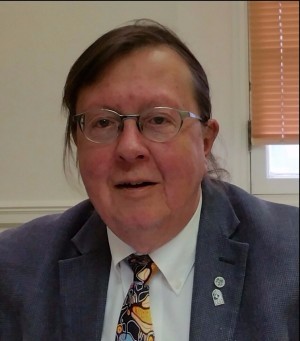 Dr. Malcolm King has been appointed as the new Scientific Director for SCPOR (Saskatchewan Centre for Patient-Oriented Research). Dr. King will bring not only a background in basic science but experience in citizen-engaged research.

He has held faculty positions at the University of Alberta, where he was an Alberta Heritage Foundation for Medical Research (AHFMR) Senior Scholar in the Pulmonary Medicine Division of the Department of Medicine. Recently, he had a faculty appointment at Simon Fraser University where he co-developed a course on Indigenous health in Canada, and supervised graduate students and other trainees in related endeavours. Dr. King also served as Scientific Director of CIHR’s Institute of Aboriginal Peoples’ Health (CIHR-IAPH). He was instrumental in leading CIHR in the development of a national health research agenda aimed at improving wellness and achieving health equity for First Nations Peoples, Métis and Inuit in Canada.

His areas of research interest include respiratory health issues among Indigenous peoples, health service delivery to vulnerable populations, the interaction of education and health, airborne disease transmission and chronic obstructive lung diseases. He is the author of some 200 scientific papers and has supervised some 50 health research trainees. His international Indigenous health interests include improving Indigenous health through workforce development and provision of culturally appropriate care, and developing Indigenous health indicators to monitor progress in programs aimed at achieving wellness and health equity.

In addition to his active research and teaching schedule, Dr. King contributes to numerous councils and boards that support health research and policy across Canada. He was an inaugural member of the CIHR Governing Council (appointed Jun’00, re-appointed July 2001-June 2004). Subsequently, he served on the CIHR Institute of Aboriginal Peoples’ Health Advisory Board (Chair 2005-2008). He also served on the Board of Directors of the Alberta Centre for Child, Family & Community Research from 2004 to 2016. In January 2017, he accepted the position of Chair of the Diabetes Action Canada Steering Council, a CIHR SPOR Network.

“We have an opportunity to bring the basic science community together with the public,” says Dr. King. “We have good practice examples not only from Indigenous research but also from citizen-engaged research in other areas. We can enrich health research and make it more relevant.”

Dr. King has three daughters (residing variously in Canada and England). He is married to Dr. Alexandra King, who has recently been appointed as the Cameco Chair in Indigenous Health in the University of Saskatchewan College of Medicine. They look forward to their time in this fair province – “from many peoples, strength.”