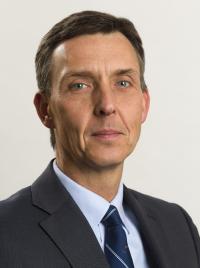 Dr. Forbes obtained his medical degree in 1990 from the University of Toronto and completed his general surgery and vascular surgery training at the University of Western Ontario. He is the Program Director of the Advanced Aortic Surgery Fellowship at the University of Toronto, a joint fellowship between vascular and cardiac surgery in open and endovascular therapies for thoracoabdominal aortic pathologies. Prior to returning to Toronto, he was Chair/Chief of the Division of Vascular Surgery at the University of Western Ontario (2005-2014) and the inaugural Graduate Program Chair of the Masters of Science in Surgery program. He has published over 200 peer-reviewed papers, editorials and book chapters and given over 100 invited lectures or guest professorships. His academic interests include clinical outcomes research as well as combining engineering principles with complex surgery with colleagues at CAVE (Centre for Applied Vascular Engineering). He is currently an Associate Editor of the Journal of Vascular Surgery and the Canadian Journal of Surgery and a member of several editorial boards, as well as being the Chair of the Document Oversight Committee of the Society for Vascular Surgery and Section Editor of Rutherford’s Textbook of Vascular Surgery. Dr. Forbes is Co-Chair of the Clinical Advisory Committee of CorHealth Ontario which works to enhance cardiac, stroke and vascular care in the province of Ontario. He is also Past-President of the Canadian Society for Vascular Surgery, a former Residency Program Director and former viceChair of the Vascular Surgery Specialty Committee of the Royal College of Physicians and Surgeons of Canada.