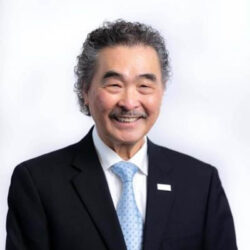 For Frank Tang, it was taking care of his elderly mother and helping her manage her type 2 diabetes that inspired him to get involved with research. She had lost a toe, developed diabetic retinopathy and was managing a wealth of complications. This meant Tang was often called on to assist with her many appointments, to manage her medications and to ensure her health care was properly managed.

This experience opened his eyes to what it was like to live with type 2 diabetes, which helped when he received his own diagnosis a few years ago. When he learned about research projects he could participate in at McMaster University in Hamilton, ON, he was eager to get involved. He wanted to learn ways to better manage the condition, as well as to support others.  “At McMaster, their major focus is on community, and I think that’s a huge departure from the traditional research that people have done.”

Tang has become an active Patient Partner in programs supporting older adults with diabetes. “Community care is very important here. There are people for whom English is not their first language who have diabetes, but they’re not aware of the care, management and attention they need to put into it,” he says. There is also a lot of misunderstanding about the condition. “Being of Chinese background, I have seen that  diabetes is always considered with stigma. You don’t want to talk about a family member having diabetes. There is this stigma attached to it, we don’t talk about this thing.”

For Tang, an understanding of the cultural community and their views on diabetes is needed to enact real change. While working with the Diabetes Action Canada Aging Community and Population Research program, he has been able to help researchers like Drs. Maureen Markle-Reid and Jenny Ploeg by sharing his experience as a person with diabetes and a caretaker of a parent who was not fluent in English. He knows that it can be frustrating for older adults to manage their care when they feel they are not understood, and he wants to be part of research aimed at changing this.

Tang also wants to help physicians understand that they need to meet their patients where they are at. For example, he has seen doctors advise an older adult non-English speaker to track their blood sugars using a computer spreadsheet. “It ain’t gonna happen,” he says with a chuckle, noting that many patients will need to rely on a family member to help with the spreadsheet, which is a huge barrier. “After a while, it gets very tiring to get someone to help with the recording. Now, what happens when you have to do the all the recording yourself?” For many older adults, computers are not easy for them to navigate. Add in a language barrier and this therapy is bound to fail.

With his own parents, he recalls attending appointments about their health and seeing how overwhelmed they were. They did not speak English fluently and the doctors were often speaking in terms that were far beyond what they could understand. Tang was often there to take notes, ask questions, and translate, but when he was not there he saw how it could turn into a case of broken telephone. “They don’t want to be honest with the doctor that they don’t comprehend this,” he explains, noting that when it comes to medications and therapies this breakdown in communication can be quite dangerous.

Tang is committed to continuing this work and using his voice and unique personal experience to encourage change for all those living with type 2 diabetes. “Once you get over this hurdle of communications, they start saying that, ‘Yes, we would like to find out what can be done, the medications that could help us,” he explains of older adults from diverse communities. It’s just finding the right way to open that door.