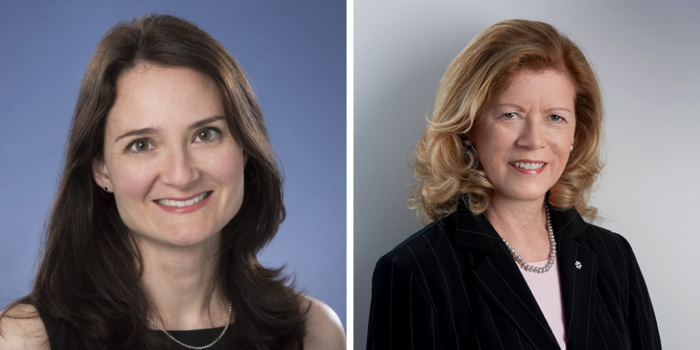 In 2022, we are celebrating big changes at Diabetes Action Canada. In January, Dr. Catharine Whiteside, who has led the organization in her role of Executive Director since its inception, has stepped into a part-time role as Diabetes Action Canada’s Director of Strategic Partnerships. Tracy McQuire, will transition into the role of Executive Director, steering the organization forward as we plan for the next phase of development.

“We are incredibly grateful to Cathy Whiteside for the work she has done as Executive Director,” says Dr. Gary Lewis, Scientific Co-Lead at Diabetes Action Canada. “Her tireless dedication to supporting the research community and the needs of those living with and affected by diabetes has helped build a solid foundation for the organization’s future growth. We are lucky that she will be continuing in a new, part-time, role to further the many collaborations and partnerships she has fostered during her time as ED.”Dr. Whiteside, who was previously the Dean of Medicine and Vice Provost Relations with Health Care Institutions at the University of Toronto, will continue to serve in multiple roles in the research community. She is the Board Chair for the Banting Research Foundation and a Director and Vice Chair of The Scarborough Health Network Foundation.

McQuire has held the role of Manager, Research Operations, since Diabetes Action Canada launched in 2016. She has led the organization’s administrative processes through multiple rounds of funding and been a co-lead on the Innovations in Type 1 Diabetes program. She is a passionate advocate for the diabetes research community whose dedication to patient-oriented research has made her invaluable to the organization.

“We are thrilled to be able to promote Tracy McQuire into the role of Executive Director,” says Lewis. “Tracy has been a driving force behind Diabetes Action Canada’s success and I know she is the perfect person to lead us into the next stage of our development.”