Life Inside the Loop

Some people with type 1 diabetes aren’t waiting for treatments to catch up to their needs—they’re taking matters, and technology, into their own hands.

*DIY closed loop technologies have not been approved by Health Canada. Please consult your endocrinologist or diabetes care team before making any changes to your treatment plan. Diabetes Action Canada does not endorse non approved therapies or devices.  This article is for information purposes only.

Diabetes Action Canada’s patient-oriented research group focused on Type 1 Diabetes is seeking to ensure the patient voice is directing research priorities, to increase the impact of diabetes research, and accelerate the translation of diabetes research to clinical practice to improve the lives of people living with T1D across Canada irrespective of where they live. The DIY loop / #wearenotwaiting movement highlights both the impact that persons living with diabetes can have on improving their lives, and their frustration with the slow pace of translational research.

While Diabetes Action Canada is committed to bringing the patient voice to research conducted in many academic institutions across the country, it does not endorse or promote the use of DIY systems, as they are unregulated by Health Canada and academic research in the area has not shown a definitive benefit. The following is a story driven by the passion of our Patient Partners, and we hope it will inspire further investigation in this area of type 1 diabetes research.*

Pina Barbieri had started to feel like an omnipresent voice in the background of her daughter’s life—and she didn’t like it. When Laura was diagnosed with type 1 diabetes, Barbieri opted to remain a stay-at-home mom a few extra years to help her daughter manage.

While they had moved on from the “archaic” glucometers that had shocked Barbieri when she was handed one upon Laura’s diagnosis and were using a pump and continuous glucose monitor (CGM), Barbieri was still basically monitoring her daughter’s blood sugar from afar. If she saw on her watch that Laura was going low, she called the school to request that her daughter make an adjustment, or she’d send a message directly. “She’d get these text messages all day long,” says Barbieri. “It leads to burnout if I’m constantly giving her commands. And that’s what it is, it’s commands, ‘change your basal, change your basal, change your basal…’”

All of this oversight was part of their lives for years until they discovered a do-it-yourself (DIY) option that allowed patients and families to take control of their diabetes. A growing number of people with type 1 diabetes have decided to try closed loop systems, where a CGM and insulin pump are set up to talk to each other and provide a semi- automated insulin delivery system. While there are now a limited number of approved hybrid closed loop systems available in Canada, many patients are instead using existing pumps and technologies to create their own homemade system. An app called Loop is at the heart of these DIY versions and, for many, this unapproved underground technology has been transformative. “Loop came along and all of that was gone,” says Barbieri of the constant messages to her daughter. “Loop came and it was all quiet.”

Loop was designed by those who, like Barbieri and her friend Kate Farnsworth, were exhausted by the process of managing their own or their children’s diabetes. They were buoyed by the advent of CGM and insulin pumps, but frustrated by how slowly a fully automated process was taking to get to market. Farnsworth, who runs the popular Looped Facebook group, is at the heart of the Canadian movement. She and Barbieri learned about the DIY process while at a conference in California more than three years ago and the pair had ordered the needed hardware before they even left the state. Farnsworth followed the online instructions and quickly had a workable system for her daughter, Sydney. 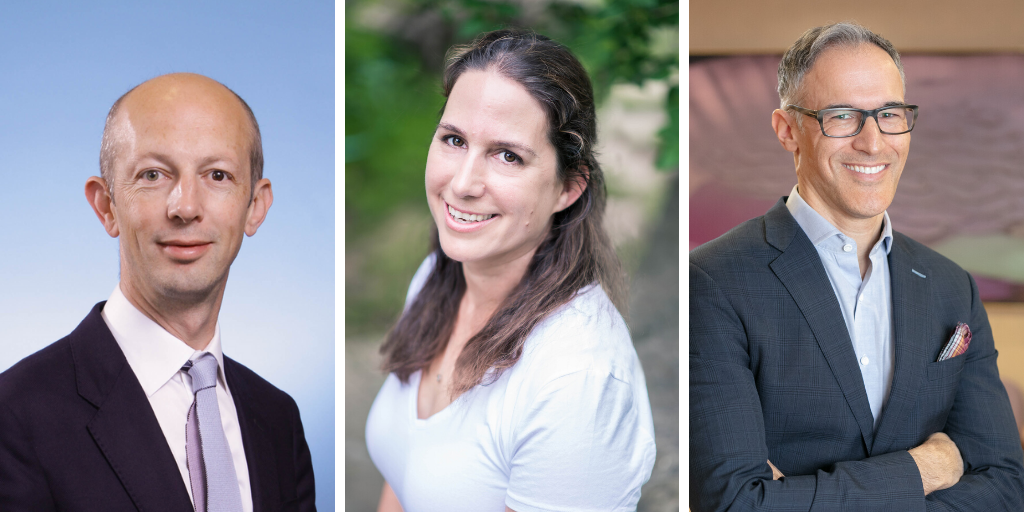 For Farnsworth and Sydney, it has been life-changing. It allows Sydney to be a normal teen—she pulls out her phone to note her carbohydrate intake at meals or adjust the system settings, but since teens are on their phones all the time, it doesn’t seem unusual to anyone. While there are limiting factors, including the not insignificant fact that only specific pumps can be used with the Loop app, many of which are no longer being manufactured, for some, the initial complications are well worth it.

Once you have the necessary parts and have figured out how to set up the Loop app or another open source version of the code on your cell phone you need to follow the instructions available online to set up the system—Farnsworth likens it to following a recipe—then make the appropriate adjustments as you adapt to the automated system. When it works properly, it can remove the need for much of the significant user input most current systems require. The CGM reports your blood sugar levels to the app, which then tells the pump to make the appropriate adjustments to insulin delivery. The wearer still needs to tell the system how much they are eating and bolus as needed, but much of the ongoing work of managing blood sugar levels is automated.

These systems are, of course, DIY. There is no Health Canada oversight to regulate their use and no company providing customer service. Those who have turned to a DIY closed loop must rely on people like Farnsworth and the thousands of others on her Facebook group if they run into issues.

Dr. Bruce Perkins, an endocrinologist from Toronto’s Mount Sinai Hospital who lives with type 1 diabetes, understands the frustration that has led many to start building their own automated insulin delivery systems. In his practice, he sees patients who are using both closed loop systems that are regulated and those using do-it-yourself systems. “They can all be glitchy, technologically,” he says. “Whether it’s an approved system or not, they all require some work and troubleshooting on the patient’s part. Just because a system’s approved doesn’t mean it’s perfect or that a do-it-yourself system is imperfect.”

As an endocrinologist, Perkins likes the comfort level that comes with knowing a patient with a sensor issue or a system failure can call a 1-800 number or contact the company who manufactured the system for help. However, he is open with his patients about the DIY alternatives and supportive of those who want to try them. “I think that people should know all their options,” he says. “Everyone takes on their diabetes management differently depending on how they were educated about diabetes or their own diabetes experiences.”

Before someone tries a DIY system, though, he offers a few things to consider. Talk to your diabetes care team, be sure you have access to the needed equipment, that you feel confident in understanding the instructions, which can be complicated, and that you know what to do if the system doesn’t work properly. “Not everyone can take on a project like this,” he says, and it’s perfectly alright if it’s not the right solution for you.

That was the case for British Columbia mom Stacey Chipka. When her son turned 18, she thought a DIY closed loop system would be a good option, as she moved away from playing an active role in managing his diabetes. Chipka found it fairly easy to set up the system herself and she was incredibly impressed with the work citizen scientists had done in terms of making the information available and easy-to-follow, but for her son it just wasn’t the right fit. 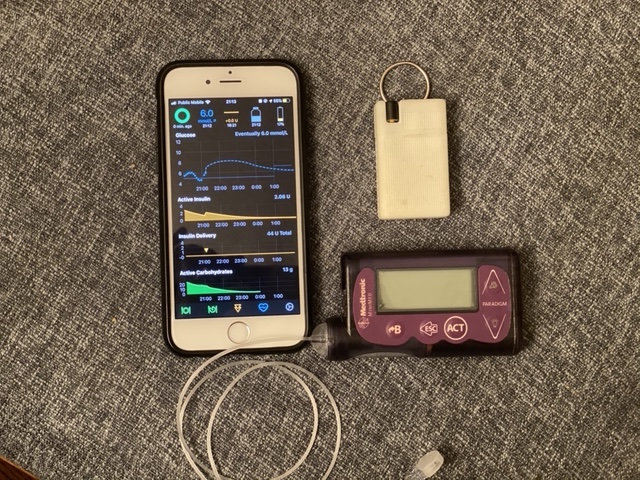 The DIY system they used required an iPhone, which meant her son, an Andriod user, had to carry a second phone as well as additional technology—all of which required separate chargers. He also found the frequent updates and need to troubleshoot various issues unrealistic for his lifestyle. “It just became too cumbersome and too much to worry about and to have to think about. What I was hoping would take some of the pressure and load off of him actually ended up being the exact opposite,” Chipka says. When one of the components stopped working, her son told his parents not to buy another one. Chipka thinks that in the future, when he’s older and the technology is more streamlined, he would try another closed loop system but for now it’s off the table.

Dr. Peter Senior, an endocrinologist at the Alberta Diabetes Institute, has taken a proactive approach in recommending DIY systems to some patients who he feels have no other options and might benefit. Many in his practice are there because of a failed islet transplant and are managing severe hypoglycemia unawareness or have come to the point where they have tried everything available and are still struggling with their diabetes management. For these patients, Senior has seen increased engagement and better control while using a DIY closed loop.

“Endocrinologists by and large are pretty conservative and will always be a little anxious about recommending things, particularly when there’s this perception of risk,” Senior says. “But patients are already facing risk. The algorithm they’re currently using is in their head or in their gut.” A DIY system, while not perfect, offers relatively little risk in his opinion, as long as the patient has access to the needed sensors and equipment and is willing to learn how to use the system effectively.

Those using closed loop—be it DIY or approved—like the reduced impact that diabetes has on their lives. Barbieri notes that when her daughter transitioned to the Loop app, it freed her up to be a better parent to her other two children. She was suddenly able to offload some of the stress of managing Laura’s diabetes to this system.

This mirrors what Senior has seen, “that reduced burden is what I think people are enjoying. You’re hearing things like, “I’m sleeping through the night, I wasn’t thinking about snacks all the time. It’s just freeing up some cognitive bandwidth to live life.”

This has been true for Farnsworth, who has become one of the DIY community’s biggest advocates. However, she knows it’s not a cure. “It’s not the silver bullet for diabetes, it’s a great tool, it helps us immensely, we couldn’t imagine managing diabetes without it,” Farnsworth says, “But my daughter still has diabetes.”

Interested in learning more about trying a closed loop system? This article from Dr. Bruce Perkins, an endocrinologist and professor at the University of Toronto, provides some of the practical things you should know before starting.

If you have specific questions, please consult your endocrinologist.